Greenock is a town and administrative centre, part of the Inverclyde council area in the West of Scotland, just west of Glasgow & used to be a former burgh with in the historic county of Renfrewshire. Located in the west central Lowlands of Scotland, it is part of a continuous urban area with Gourock further west & Port Glasgow lying further east.

The UK Census of 2011 showed that Greenock had a population was 44,248, which was lower than the 46,861 returned during the 2001 UK Census. It is situated on the south bank of the River Clyde by the “Tail of the Bank” where the Clyde opens in to the Firth of Clyde.

News reports and interesting posts on the Greenock area. 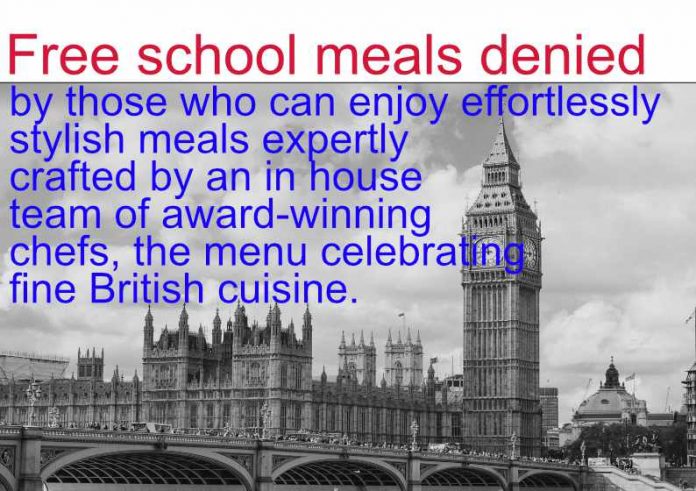 In Scotland free school meals are currently available to all P1 to P3 pupils, as well as those whose families receive Universal Credit or other benefits.

A few days ago the Scottish Government announced, a £30 million package to help local authorities provide help to communities and vulnerable people during the Covid19 pandemic. £10m of that is to cover the cost of free school meals for children over the Christmas, February and Easter breaks. This £10m fund will support around 156,000 children and young people, and although up to local authorities to decide how this support is delivered, the Scottish Government believes in a “cash-first approach” that gives families the choice of what food they buy and where it is bought.

Last month, Douglas Ross, the new leader of the Tories in Scotland, desperate to promote himself and his party as caring and concerned for those less well off, pledged to introduce free breakfasts and lunches for all primary pupils if his party gained power in next year’s Holyrood election. Can he be believed. Well, not going by his or his party’s recent actions.

Earlier in the year the UK government, far from being anxious that vulnerable children shouldn’t go hungry, was forced to U-turn on not providing meals during the summer break, but made clear it would not make such a provision again. Three days ago when a Labour motion to extended provision of hot food for children until Easter 2021 was voted on, the motion was rejected by 322 votes to 261, with Tory MPs whipped to vote against as it was not considered by Tories the job of schools to provide food during school holidays. The primary responsibility for the welfare of a child, say Tories, rests with the parents. Ben Bradley, Tory MP for Mansfield, said that extending free school meals “passes responsibility for feeding kids away from parents, to the state” and it increased dependency.

This attitude is common amongst Tories. Two years ago in a debate on austerity in the Scottish Parliament Tory list MSP for the South of Scotland Michelle Ballantyne, the party’s social security spokeswoman, caused outrage when she said that people on benefits should not be able to have “as many children as they like”.

The Tory MSP’s defence of universal credit’s two-child cap for payouts sparked enormous anger on the Scottish Government benches. Ballantyne said: “The two-child limit is about fairness. It is fair that people on benefits cannot have as many children as they like while people who work and pay their way and do not claim benefits have to make decisions about the number of children they can have.”

Michelle Ballantyne is either is unaware that many claiming benefits work in poorly paid jobs, or found it convenient to forget the fact. According to the Joseph Rowantree Foundation, one in eight workers now live in poverty. These are referred to as the working poor, defined as people who spend at least 27 weeks in a year working or looking for employment, but remain under the poverty threshold because their incomes fall below a given poverty line due to low-income jobs and low familial household income.

Twitter has been awash with indignant people pointing out that MPs, unlike most during this time of global pandemic and job uncertainty, were in line for a pay rise. MPs also enjoy subsidised food and drink in the House of Commons eateries and bars. In addition MPs, on top of subsidised food and drink and a basic annual salary of £81,932, as of April 2020, are able to claim allowances to cover the costs of running an office and employing staff, and maintaining a constituency residence or a residence in London, and can also receive an allowance for food of £25 per day if they are staying in London.

Many of the Tories deriding those struggling and denying food to children will eat, at least occasionally, in the Members’ dining room.

Amongst the Tory MPs voting against the extension of free school meals in England were John Lamont, Andrew Bowie, Alister Jack, David Duguid and David Mundell. The Scottish Tory leader Douglas Ross did not vote, giving a variety of excuses .

Someone posted on Twitter a list of MPs who voted against free school meals for kids in England alongside the expenses they have claimed. John Lamont, whose expenses are consistently high, claimed £76,392.08 for 530 separate items, considerably more than the average for MP expense claims. A breakdown of his expenses can be found here. A graph of his expenses for 2019/20 is below, showing he was apparently very busy in Frebruary.

Yet Lamont and his fellow Scottish Tories (minus their leader) voted to deny over a million English school kids a free hot meal during the holidays when many families will be stretched to the limit and beyond because of the repercussions of a global pandemic, mishandled by PM Boris Johnson, and of a harsh Tory Brexit the repercussions of which most did not vote for.

Come May, remember that lack of compassion and rubbishing of others, that total lack of the levelling-up promised by Johnson, when you’re deciding which party to support.

The above article “Suffer the little children – in Tory England” was first shown here.

We hope that you found the article above useful and/or interesting. Similar content can be found on our main websitewebsite Thai Massage Greenock.
Please let me have your feedback below in the comments section.
Let us know which subjects we should cover for you in the future.

Groping news and Tory pollster finds for the SNP

How to Foster Healthy Body Image in Children