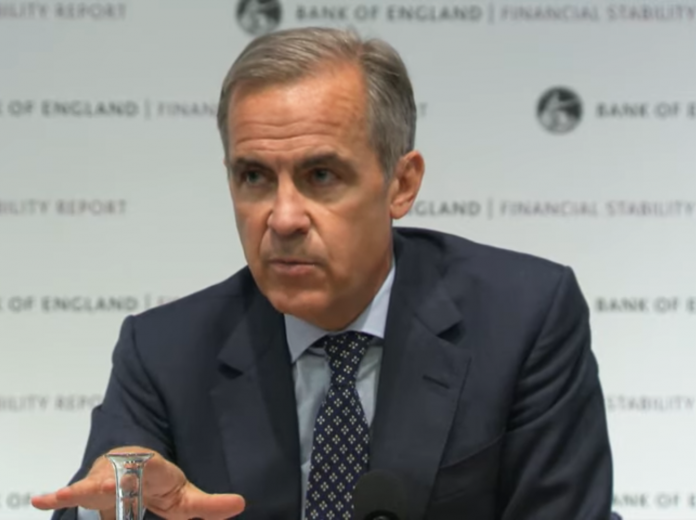 The Bank of England has issued its Financial Stability Report and the video is worth watching. The link is provided below. Much of it is fairly technical, albeit with useful information. The Bank’s concern and the main point Carney makes is the financial and banking system stress tests show UK financial institutions are better placed to cope with the fallout combination of the global economy contracting and a No Deal disorderly Brexit than they were prepared for the 2008 financial crash.

What this means is the banks might not need a bailout this time round in a worse case scenario. It does not mean everything will be fine for the rest of us. The Bank of England expects the UK financial system to be able to cope with considerable stress pressures. That means the banks will pass on their stress pressures to businesses and personal customers, especially those disadvantaged by a No Deal Brexit crash out.

Boris Johnson’s plan is not about what is best for the country it is about saving the Conservative Party from extinction. Hence the “Do or Die” quote. A 31st October exit, come what may, has nothing to do with a negotiating position – Give me Boris, God of all things, what I want or I will shoot myself. The only people getting shot will be those struggling to get by and businesses losing the most important global market to which they have enjoyed unfettered access for decades.

At 17 minutes in Bank of England governor, Mark Carney turns to the preparedness of businesses and that is where the real story lies. 75% of businesses expect a drop in sales and that employment will also fall whilst costs will rise. In other words the classic squeeze, forcing businesses to cut jobs and costs at a time when the market will be especially resistant to price increases. That’s the other ‘DO or Die’ scenario. Businesses will start to fail and the banks will be reluctant to rollover borrowing.

We are seeing the costs of PPI claims coming to an end to be replaced by claims from those sold unsuitable mortgage deals. The position of businesses placed on special measures with the aim of fees and interest rates to drive them out of business remains unresolved. Make no mistake whatever the BoE stress tests promise, dealing with banks on borrowing is going to get a lot tougher with the danger of Special Measures Mark 2.

Boris Johnson is getting away with platitudes and it will be ‘alright on the day’. For those with their eyes open and not lulled into a false sense of security things look very different. Jeremy Hunt asked about the Welsh sheep farmer facing a 40% tariff on lamb. He didn’t get an answer and hasn’t provided one himself. Welsh and Scottish sheep farmers understand how important the EU market is. High tariffs mean less sales and will impact on the price sheep farmers can expect to receive.

Whilst a member of the EU, UK farmers have had access to CAP payments and the future is very uncertain beyond short term measures so far announced. The argument for subsidising certain agriculture output is it supports the country’s ability to feed itself from home produce and also keeps prices down for the consumer.

Looking long-term at the best productive use of land is important going forward but the lesson from New Zealand of withdrawing agriculture subsidies is a warning to be heeded. Land prices are already falling here. In New Zealand smaller farmers went out of business and larger farmers picked up their land on the cheap. Should we not do better by keeping people on the land and productive into the future?

Scotland’s farmers are productive and with our processing industry combine to drive ever increasing exports, mainly to the EU. Last week Ayrshire Early potatoes gained Protective Geographical Indication (PGI) status. Along with Scotch Quality Beef and Scotch Quality Lamb, Scotland’s food producers earn loads of Euros from EU sales and have no customs declarations and other bureaucracy to deal with getting product to market. That all changes with Do or Die. The Tories did nothing to protect Scotland’s PGIs during Brexit negotiations. Short lived recognition for Ayrshire Earlies.

All industries benefit from tariff free access with Europe. For farmers that also means imported supplies, including veterinary medicines. Just as securing necessary medicines for the NHS will become a problem with a Do or Die Brexit. Every industry will be affected by the complications of customs barriers and new bureaucracy where none exist at present. Scottish Manufacturing has enjoyed nine quarters of continuous growth but the dark clouds of Brexit threaten barriers to our trade with the EU. Scotland did not vote for nonsensical British red tape replacing free movement.

Understandably there is some frustration that a new independence referendum has not yet been called. Rather than criticising Nicola Sturgeon, as some do volubly on social media especially from the far left, they need to get behind our First Minister as it is clear the outcome of Brexit is the tipping point for many who are still on a journey. This time we must win convincingly and we are not quite there yet. Nothing is stopping anyone from campaigning for independence. Some of us have been at it for more than 50 years. Timing is everything and criticising the First Minister that a date has not been announced yet just feeds the unionist agenda. But more on that in the next article.

Nothing is more important than talking to people about stagnation in the Westminster political system. Whilst Scotland cannot save England from itself it can argue for rational solutions to reduce the current political impasse as Brexit drags on and on. The economic damage is unfolding day by day. With retail sales down the population are saving on what they can and that is taking money out of the economy that will impact on employment. The real situation is even worse because 40% of the population are stockpiling against the day supplies in supermarkets become more erratic.

Businesses lost money stockpiling for the 31st March deadline. They are not willing to go through all this again until the Boris’ government and Westminster parliament, if allowed a say, confirm the day we leave. There simply is not the time to leave in an orderly fashion and get all the necessary legislation through by 31st October. Heed Mark Carney’s warning because the UK is half way to a recession and Boris Johnson is the most disorderly person alive to have as PM.

On simple logistics October is when all the Christmas stuff arrives taking up all the available warehouse space. Most of it is already on order. Did Christmas getting cancelled ever appear on the side of a bus? Never mind instead of the medicines you need to keep you alive there will be cuddly Christmas Santas to cheer you up.